Wreck removal costs are spiralling across the industry, IUMI conference is told on the day the Costa Concordia is raised 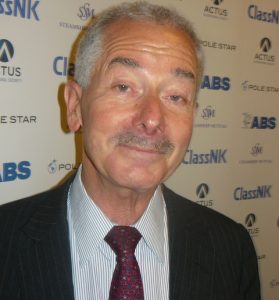 Wreck removal costs are spiralling across the industry, IUMI conference is told on the day the Costa Concordia is raised,  By James Brewer

As the Costa Concordia was righted in the first stage of a $1bn operation off the Italian island of Giglio, international underwriters expressed fears that there will be further massive bills to pay in future cases of wreck removal.

Mike Kelleher, of West of England P&I Club, told the annual conference in London of the International Union of Marine Insurance that wreck clearance costs have spiralled. Mr Kelleher was presenting the findings of a protection and indemnity expert working group report examining 20 casualties over a period of 10 years.

Political and media focus on salvage operations has resulted in increased regulation, said to be by far the biggest factor behind rising expenses. Mr Kelleher said that ironically, involvement by state maritime authorities could delay the successful disposal of stricken ships, leading to even greater environmental problems. Some requirements could introduce disproportionate costs, and prompt legal challenges.

His concerns were echoed in a later session of the IUMI conference by Frank Costa, chairman of the body’s offshore energy committee, who said: “The insurance industry is being increasingly viewed as a ‘deep pocket.’ We have seen that on the energy side with removal of wreck where the cost has risen exponentially sometimes to comply with government regulations.”  Some underwriters had been slow to recognise the added pressure on wreck removal costs.

IUMI committee chairmen were asked later at a press conference if wreck removal contingency factors were appreciated at ship construction stage.  Stephen Barr, chairman of the legal and liability committee, replied that the potential to ease wreck removal was “definitely not being built into the design” and he said it would be a good thing if it were.

Mr Kelleher said that removal operations were particularly difficult when they involved container ships. The 20 incidents reviewed by the working group study included small and medium boxships, but it might be only a matter of time before one of the large vessels was a serious casualty.

He said that most heavy salvage equipment was based in the northern hemisphere and thus not well placed to respond to incidents in southern oceans. He called for more attention to be given to careful planning, to mitigate costs. “Much of the scope for bettering the financial position comes at the planning stage.”

Reporting one of the most profitable results for years in the volatile offshore energy sector, Mr Costa said: “Underwriters have grown increasingly complacent, and we as a market must fight this complacency, because we are anything but out of the woods.” There had been no headline grabbing losses – which he defined as incidents costing $1bn – in 2013 but there had been significant mobile rig losses of around $500m, and other claims were “in various stages of development.”

Mr Costa warned: “There is significant [insurance and reinsurance] overcapacity for all but a few risks, which is creating pressure in the market. We are seeing rates going in a different direction to capacity. Could this be the beginning of a soft market? It is something we need to pay close attention to.”

In the Gulf of Mexico, deep water drilling activity was back to levels seen before the Deepwater Horizon fire and explosion, which was good, but there was less demand for underwriters to supply windstorm cover, possibly because of the absence of severe hurricane activity in recent times.