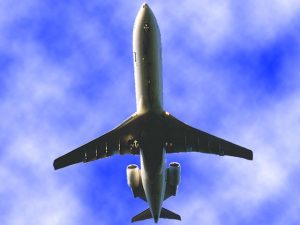 13 May 2014 – The fight for better conditions continues, as the ITF-affiliated Icelandic Airline Pilots Association (FIA) carried out the first of five planned strikes last Friday 9 May.

The agreement between employers Icelandair and its pilots expired in November last year. Since then, negotiations around pilots’ pay and conditions have been ongoing. The company has had tremendous success over the last four years, resulting in substantial executive bonuses and an excellent return on investment for shareholders. FIA say it is time the workers saw some financial benefit – but Icelandair management is declining to share.

After Friday’s twelve-hour strike, further actions are planned for 16, 20 and 30 May, with this final action lasting four days. From Friday, pilots at the airline have refused to work overtime until the dispute is settled. 98 percent of Icelandair pilots voted in favor of taking industrial action when the FIA balloted its members on 29 April.

The ITF has offered support, with acting general secretary Steve Cotton this week urging the Icelandic government to intervene.

ITF civil aviation section secretary Gabriel Mocho said: “The FIA has adopted a cooperative stance, and despite having a very strong mandate to carry out industrial action, has still been attempting to reach an agreed settlement with the airline…the pilots’ claims are fair and legitimate, and it would be in the airline’s as well as Iceland’s best interests to open negotiations with the FIA”.

Insurers should push for climate resilience