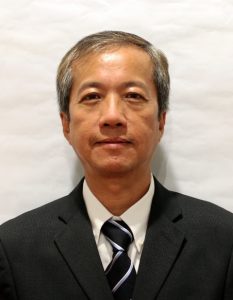 As part of its Asia business restructuring process, IBIA – International Bunker Industry Association – has appointed Jason Leong to head up its Singapore office and lead expansion in the Asia-Pacific region.

IBIA is confident of the potential to develop its membership in this important region and to raise the profile of the bunker industry more generally. The association is investing more resource in its Asian activities and the appointment of Jason Leong is central to its ambitions in this region.

Jason Leong has a deep knowledge of Asia Pacific markets and brings experience of the marine lubricants sector having previously worked for Castrol, Chevron and Hess Corporation. He is a qualified marine engineer (seagoing) with a career that spans four decades.

To add further strength to the Singapore office, Michelle Mo, a professional administrator, has also been appointed. Michelle will manage the day-to-day business of the office and provide support to Jason.

IBIA’s chief executive, Peter Hall said: “The addition of Jason Leong to our team is a real coup for IBIA. He brings a wealth of expertise to the Asian arm of our operation and is exactly the right person to help us achieve our growth strategy in that region. Jason and Michello will make a great team and I am looking forward to the contribution they will make to IBIA as well as the impact they will have on the Asian bunkering scene. Their appointments come at a time when the demand for our mass flow meter courses continues to rise, as does demand for our SS600 and enhanced bunker cargo officer courses.”

Fook Sing who previously led IBIA’s Asia office is taking early retirement. A popular professional trainer, it is hoped he will continue to lead training courses on a part time basis.

IBIA champions the continued development of professionals within the bunker industry through its Bunker Courses and its Bunker Cargo Officer qualification. www.ibia.net

Thousands of lives will be lost in the Med unless EU…