Hellenic Hope: Charity at its best yet again 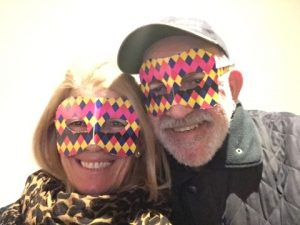 Allaboutshipping was there too with the appropriate gear; the shot is just outside Tramp’s

Following last years’ successful event and particularly the much needed support for all those in need, the Hellenic Hope, together with the Hellenic Bankers’ Association in London and the Greek Professional Women’s Network in a real show of solidarity and strength towards the good causes, organised a masque so to speak gathering at the Tramp in Piccadilly.

The ticket proceeds were donated in full to Hellenic Hope in support of the children at risk in Greece. It was the second such event within a month in the British capital – following the GPA’s event and despite many other obligations for most of the participants, the success was more than great! One of the best ever and vibrant en-mask event! Live music too and a nice DJ’S selection performance raised the spirits too. Tasty hot / cold dips and drinks raised the atmosphere contributing also to the purpose of the event!

The next event to support Hellenic Hope is coming up in Greece during the Greek Shipping Hall of Fame beginning of April event at the Athens Concert Hall (Megaron).

Good to see many friends from the past in this joint forces event, as well as many associations and other societies and London Greek Authorities,  including that of shipping’s Hellenic Engineers Society of Great Britain participating, members of the Greek Embassy and Consulate, the Education office at the Greek Embassy, The Hellenic Academics Association, The Greek Energy Forum, The GNTO, the Hellenic medical Society. Excellent!

Tramp London offered the space and enthusiastically supported the event. There was also a raffle to ensure the maximum support for these Greek kids in need.

Congratulations to the organisers and all their supporters!