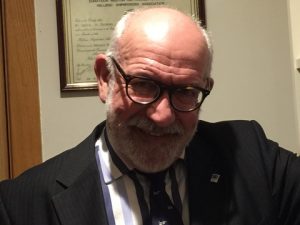 The BDI (Baltic Dry Index) lost another 15 points and at 579 “invites” cash-strong players for a buying spree… The Capers and its BCI 2014 lost 39 points – now standing at 713 and if things continue the BCI might drop below the 700 points mark, an overall of 400 points lost in two weeks!

The Panamaxes “saved” the day with the BPI gaining two points and clocking 583!

The Supras and Handies down seven and three points, with the BSI and BHSI standing at 560 and 349 respectively.

Once again another sky fall which on the other hand as said above makes it very attractive and secure to all intents and purposes allowing cash-rich owners to go and order more double eco ships and improved 5-year old ones. A great buyers’ market!

The Wets with mixed results; the last published BDTI and BCTI show the respective indices at 735 – plus 20 and 500 flat – down eight!

On the antipode of all the above, the Lloyd’s Register “Gas Shipping – Shaping the future today” conference offered some promising alternatives!

The price of WTI going up a bit and creating fears of instability if the geopolitical situation doesn’t calm down. At region US$ 45 plus, a liability for all.

On Geopolitics, the Migrant issue is on purpose quiet, but still there as a ticking bomb; caution and same to all those who handle it in the most inhumane way! Turkey threatens to “get off” the “deal” with the EU, and why not. Who can accept a “candidate” state blackmailing the union it wants and has aspirations to enter? Enough! Let Turkey go the other way and Europe to its own.

BREXIT still on the cards as well as GREXIT. Both countries, coincidentally are fully self-sustained and except security, no other reason really matters, particularly when Germany call the wrong shots! The European Union and Europe in general cannot afford another war! The United Kingdom and its people do not wish to be ruled in an akwwards way from Brussels with proxy German flavour. Greece in hte meantime continues to be strangulated by the EU, the IMF and its own politicians, not just the current Greek government; what a palaver.

Putin’s Russia and its aspirations loom in the background… Caution!

North Africa to be watched as if it explodes simultaneously with the current Syrian saga, then the shit will hit the fan there too… wonder how the American and its allies will finish-off ISIS…. Meantime Nigeria has to import fuel to meet demand given the skyrocking prices and despite being one of Africa’s biggest producers, “thanks” to its obsolete refineries… caution… A very much of an oxymoron country…

I don’t like the latest car bombs in Baghdad; ISIS as said above, must be finished-off! Australians managed to foil-off an attempt by ISIS faithfull to cross over the ocean on a small boat in order to join the ISIS camp…

The US election, as we said long time ago, becomes very interesting for different reasons with Donald Trump and possibly Hillary Clinton ready for the finals… Another messy nation in the red! In hte meantime President Obama will visit Japan and in particular Hiroshima, the first ever US President in office to visit the city of the real holocaust!

China must put its house into order before the world slides to an all-out economic war. The bubble has burst long time ago…

Wonder will happen with Brazil’s President Dilma Rousseff; moe mess or a clean up! Imagine if she fights to the end and wins, eh! You never ever know! Impeachments are a two way street; things have been overturned, even if they seemed right!