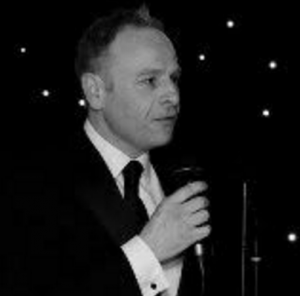 Some of the UK’s 80 to 90 bulk terminals face uncertain futures as imports of key dry bulk commodities dry up following the recent closures of a number of coal-fired power stations and a reduction in steel producing capacity, combined with the most recent hike in the UK’s Carbon Floor Price.

According to Justin Atkin, the Managing Director of Ragged Edge Recruitment & Consulting and Member of the Advisory Panel to the Association of Bulk Terminal Operators (ABTO), the reduction in traditional imported cargoes such as coal and iron has resulted in over-capacity of bulk terminals in the UK, especially amongst the larger ports and terminals.

Citing government inertia in supporting the conversion of coal-fired power plants to biomass and the oversupply of steel in the world market as the main reasons behind the challenges faced by bulk terminal operators, Atkin said: “Coal-fired power stations are closing as the government continues with its policy to decarbonise heavy industry in the UK to meet emissions reduction targets, but the promised uptake of biomass as an energy source has failed to happen on the scale that was first anticipated.

“The expectation was that the government would seek to maintain a balanced generation portfolio including the conversion of existing coal-fired power stations however the lack of a clear policy strategy and corresponding levels of financial subsidy have not supported the transition to biomass. Understandably there has been little appetite by power station owners to invest in the conversion without government help,” he said.

Speaking in the latest edition of the Association of Bulk Terminal Operator’s newsletter, ABTONews, Atkin said that North Yorkshire’s Drax is the only coal-fired power station to have converted to biomass on a large scale. Three of its power station’s units have converted and whilst further conversion is planned, this may be unlikely unless Drax receives the necessary levels of support from government.

“It was anticipated that the incredible conversion work undertaken at Drax would be adopted by other UK coal fired power stations such as Eggborough, Ferrybridge and Rugeley, providing bulk terminal operators with a new import commodity; but the drop-off in coal imports has not been replaced with biomass on the scale required to support the UK’s bulk terminal operators.”

Atkin said that the Hunterston terminal in Scotland has in recent years almost wholly depended on coal imports, while Redcar, on Teeside, has seen a significant reduction in throughput since the closure of the SSI steel slab mill almost a year ago. Immingham, which used to import some 13-14 million tons of coal a year has seen its import volumes drop significantly, whilst Bristol, Liverpool and Tyne have seen similar import reductions.

The closure of some of the UK’s steel mills has added to terminal operators’ woes, despite the return to profit of Scunthorpe’s British Steel mill, which is producing significantly less than it had in the past, resulting in a decline in imports of iron ore and metallurgical coal.

“The UK’s deepwater terminals need to identify alternative bulk trades or consider adapting to handle new commodity flows,” said Atkin. “Grain is one option, but this is hugely dependent on a number of variables such as currency fluctuations and the weather, and will never deliver the same levels of throughput as enjoyed with coal and iron ore.

“The closure of coal and steel plant has created new opportunities for imports of materials used in construction such as gypsum and cement, however these commodities require specialist handling and storage which will mean that terminals will have to invest heavily in new bulk handling systems and technologies.”

The UK’s reduced requirement for coal and steel, together with an increase in the Carbon Floor Price to £18 per tonne of CO2, saw exports from Russia, Colombia and the U.S.A plummet by 69% in the first seven months of 2016. Total UK coal imports were down 65% in the same period.

Ian Adams, ABTO Chief Executive, said: “We are very concerned that other Administrations could take similar action to those of the UK government, which will have a devastating effect on bulk terminals. The whole premise of the Carbon Floor Tax was to provide subsidies to encourage a switch to renewable energy. The government does need to consider how this is implemented fairly, effectively and efficiently so that bulk terminals can remain viable in a decarbonised future.”

Justin Atkin will be speaking at ABTO 2017: Bulk Terminals – Achieving Efficiency & Compliance, the Association of Bulk Terminal Operators’ Conference in London between 14 and 16 March 2017.

Surviving in a Changing Environment…