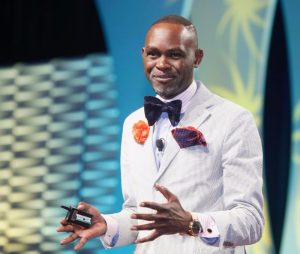 Both will address the three-day conference, Bermuda’s largest and longest-running industry event, now in its 14th year. Now returning to its regular spring slot after last year’s September event following the America’s Cup, the conference attracts about 800 delegates annually. Half that number are usually attendees from overseas, including captive insurance owners, risk managers, sponsors, and vendors from the United States, Canada, Latin America, and the United Kingdom.

“We’re delighted to be able to announce this year’s key speakers, who we know will attract and engage audiences,” said Michael Parrish, Chair for Bermuda Captive Conference 2018. “It’s a particular privilege to welcome Derreck Kayongo to Bermuda to talk about his ground-breaking civil rights work. Our theme this year is ‘Diversity’ and we’ll be underscoring that through our speakers, our agenda, our attendees, and the hot topics we’ll be discussing. We’re looking forward to a very successful event.” 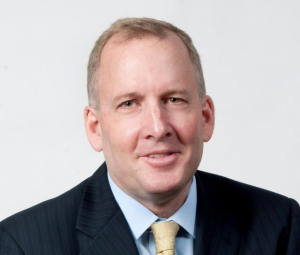 Uganda-born Kayongo is CEO of the Center for Civil and Human Rights in Atlanta, GA, and founder of the Global Soap Project, an initiative that recycles used hotel soap and redistributes it to impoverished populations around the world. A Top Ten CNN Hero in 2011, he talks about his journey from refugee to successful entrepreneur and renowned human-rights activist.

“It’s an honour to be invited to the Bermuda Captive Conference, especially in a year when the theme of diversity is being discussed and celebrated at this event,” said Kayongo. “I’m looking forward to meeting delegates to the conference and speaking to them about the many synergies between industry and socially-beneficial initiatives, like some of the ones I’ve been involved with. It will be my first visit to the island, so I’m also looking forward to seeing and experiencing Bermuda.”

Bermudian Jonathan Reiss is Group CFO for Hamilton Insurance Group, a position he’s held since Hamilton’s formation in December 2013, and is a member of Hamilton’s founding management team. In addition to his responsibilities as CFO, Jonathan also has executive oversight for the Company’s Human Resources function and is the Executive Sponsor of the Company’s Diversity & Inclusion initiative.

“I’m pleased to participate in this year’s Captive Conference and applaud organisers for choosing the subject of diversity as their theme,” said Reiss. “There’s more than enough proof that a diverse, inclusive workforce makes good business sense. It’s also the right thing to do. I’m looking forward to the thoughtful dialogue and follow-up action this important industry event will generate.”

The Bermuda Business Development Agency (BDA) is working closely with captive insurance industry groups and conference organisers to support the legacy event. Among other updates, the conference website and marketing have been given a brand refresh; an event app will allow delegates to connect via instant messaging; new social events have been created for visitors who bring family members to the island; and a gala dinner will wrap the conference at a new venue, historic Commissioner’s House, at the Royal Naval Dockyard.

“This is the fourth year of our strong partnership with the BCC,” noted BDA Business Development Manager and conference Marketing Chair Jereme Ramsay. “We’re working with our colleagues, including the Bermuda Insurance Management Association (BIMA) and the Bermuda Captive Owners Association (BCOA) to celebrate industry diversity. We’ve certainly embraced diversity in many aspects of our business strategy, with new focus regions such as Canada and Latin America, along with innovative lines of business that are driving this sector.”

Parrish said the conference would feature heightened community outreach this year, with a local non-profit to be selected as a donation beneficiary and educational elements added.

“Engagement with the Bermudian community is important and our aim is for this conference to benefit Bermuda as a whole, beyond just the captive insurance industry,” Parrish said. “We’ll be instituting a charitable programme, and we’ll also leverage the event as an educational platform for the island’s students to learn more about our industry.”

Bermuda remains the world leader in the captive insurance industry, with close to 800 active captive licences on its register, supporting primarily Fortune 500 corporations in the US, and generating over $55 billion in annual gross written premiums.

A study conducted by PriceWaterhouseCoopers for BIMA last year found the captive insurance industry contributed an estimated $174 million annually to the island’s economy and directly employed at least 557 people.

The BDA and industry stakeholders will promote the conference at numerous events over the next few months. These include the World Captive Forum in Ft. Lauderdale, FLJanuary 31-February 2; the Captive Insurance Companies Association (CICA) international conference in Scottsdale, AZ March 11-13; the International Cyber Risk Management Conference in Toronto, ON April 11-12; and the RIMS 2018 conference in San Antonio, TX April 15-18, the insurance industry’s largest annual event, where Bermuda’s booth will sport photographic wrap advertising the captive conference to build interest and boost registrations.

An early-bird rate of $319 is being offered by the Fairmont Southampton for conference delegates who book hotel accommodation before February 28.