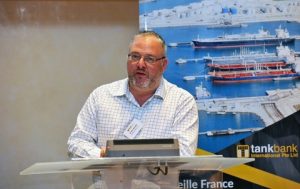 The Asian Century and Shipping

I’ve been spending some time thinking about the longer term changes to our industry which are based on the rise of the emerging markets to a position of dominance in the global economy and in our industry.

I wrote in our Macro Macchiato about how the BRICs are still relevant to shipping. But they are not alone. A decade ago I would talk in conferences about the BRITVICS – Brazil, Russia, India, Turkey, Vietnam, Indonesia, China and South Africa – as the regions that would drive the shipping industry into the 21st Century. With the benefit of hindsight, a handy nine letter acronym doesn’t always hold water as a forecast. But the gist was that access to energy and positive demographics would drive economic growth and trade as it always has, and that these countries (let’s swap Sub-Saharan Africa for just South Africa) would lead the way.

More and more, we hear not about the BRITVICS but about the Asian Century that is unfolding in front of us…

Read the rest of this week’s Macro Macchiato

Shipping Strategy’s Mark Williams will be speaking at BIMCO’s Power Panel on 14 May in Athens – maybe see you there?

Surveys without attendance – taking it case-by-case.