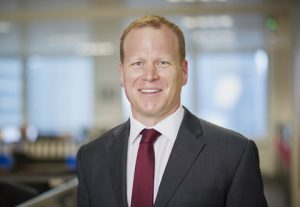 Anglo American transports large volumes of bulk commodity products and places protection of the environment and sustainability at the core of its activities. To put this into practice, the company has committed to sustainable mining plan, setting a goal for a 30% reduction in net GHG emissions by 2030.

RightShip’s GHG Rating compares a ship’s theoretical CO2 emissions with other vessels of a similar size and type – both newbuilds and existing ships – and gives each ship a rating on an A-G scale, with ‘A’ indicating the most efficient vessels and ‘G’ the least.

The GHG Rating gives owners and operators vital information to make more sustainable choices in their vessel selection – which along with reducing emissions also makes good economic sense, as the less fuel a vessel burns the cheaper it is to run.

Anglo American has used RightShip’s GHG Rating for many years to select charter party vessels. For this particular journey a ship operator bid for the iron ore cargo; and as part of the charter party agreement, offered to offset the emissions for the entire journey. The transit equates to 5,880 tCO2e – including the ballast leg and the laden voyage – from Saldanah Bay in South Africa to Europe and is understood to be the first entirely carbon offset bulk journey.

Peter Lye, Head of Shipping from Anglo American said: “We’ve used RightShip’s GHG Rating for many years as a core element of our safety and environmental sustainability practices. Anglo American has set ambitious goals for its overall sustainability agenda including carbon emissions and a verified tool like RightShip’s GHG Rating is a key part of monitoring and meeting those targets.

“When the shipowner suggested boosting the GHG Rating with carbon offsetting, ensuring that the entire journey had a carbon neutral environmental outcome in line with our environmental policies, we were happy to agree.”

Kris Fumberger, Sustainability Manager at RightShip adds: “As the calls from industry grow louder for dramatic action to reduce carbon emissions, more and more companies are seeing the need to account for the carbon emissions along their supply chains.

“RightShip’s carbon accounting tool calculates the carbon emissions based on the specific characteristics of the journey in question – the route, vessel particulars, cargo information, the fuel refining and consumption, and the loaded and ballast legs. The results can then be used to set targets, inform sustainable decision-making and, as in this case, allow companies to offset the emissions from their shipping activities.”

The carbon credits purchased to offset this journey will support South Pole’s Gunung Salak Geothermal Energy project in Indonesia. The project has helped to upgrade the capacity of a geothermal plant, enabling it to generate more clean electricity from the same source of geothermal steam thanks to modified turbines and steam gas ejectors. As a result, the Gunung Salak project mitigates approximately 113,000 tonnes of carbon dioxide equivalent emissions and supplies over 213,000 MWh of clean energy to the local grid each year.

Jay van Rijn, Senior Carbon & Energy Manager, South Pole said: “Climate change is real and affecting business every day. To address this, South Pole collaborates upstream with suppliers, downstream with customers and across sectors to deliver solutions to our shared sustainability, carbon and energy challenges. Taking steps like this, to carbon offset an entire bulk journey, is a key action in addressing the scale and urgency of climate change”.