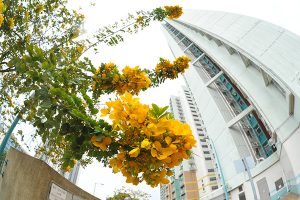 Global cargo insurance markets could face substantial claims arising from  a variety of recent events including a scandal afflicting China’s third largest port terminal, it has emerged as underwriters gather in Hong Kong for the 2014 conference of the International Union of Marine Insurance.

Qingdao port is among those being quizzed in a major investigation into a private metals trading firm which allegedly duplicated warehouse certificates so that cargoes were represented several times over.
Nick Derrick, chairman of the IUMI cargo committee, said that potential losses over the Qingdao affair could add up to more than $1bn.

Top banks and trading houses have launched a series of lawsuits over what they say are their exposures to the allegedly fraudulent moves, with claims in the public domain already amounting to $900m. Qingdao port had said that it will resist vigorously allegations that it was involved in wrongdoing.

Mr Derrick said that among other incidents that were of concern to the market was the theft in Germany of three lorries with cargoes of mobile phones worth a total of $75m.
A car carrier caught fire off Japan which resulted in $110m of vehicles being damaged by salt water after the automatic extinguishers rained seawater on them.

There have been no major catastrophe events in the world cargo insurance markets in the past 12 months. An earthquake in the Napa Valley, California, caused damage to wineries, but the cargo element is not expected to exceed $20m, said Mr Derrick.
There was better news in regard to piracy off the Somalia coast. The last successful hijack of a commercial merchant vessel dated back to August 2012, although there were around two attempts per month to commit similar crimes there. The cargo committee chairman said that the best practice guide BPM4, and the use of armed guards and naval presences had severely limited the success of the pirates.

On the underwriting front, Mr Derrick said that global market capacity and the continued downward impact on rates, as new entrants scrambled for market share, was likely to lead to a decline in underwriting discipline.

Lars Rhodin, chairman of the IUMI ocean hull committee, gave a similar market message in regard to hull underwriting.  He spoke of the “lack of performance” of the market, which has seen 18 consecutive years of failure to make an overall technical profit.
Mr Rhodin said that the frequency of total losses reduced marginally in 2013 compare to 2012, to stand at 0.18% of the world fleet. Weather continued to be the major cause of total losses, representing half of vessels lost between 2009 and 2013. Grounding was the second most frequent cause, accounting for 25% of incidents.

The number of major incidents excluding total losses continued to fall in 2013. The dominant single cause of serious losses remained incidents occurring to machinery, and in the engine room. That category represented 35% of cases.  In terms of numbers, navigation (groundings and collisions, and contacts combined) stood for almost 50% of the claims, and certainly more in terms of claims value. 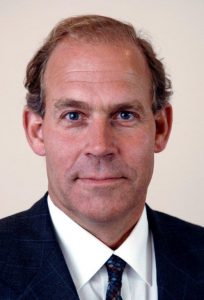 IUMI president Ole Wikborg, introducing the conference theme of Building Expertise for a Changing World, said that this reflected the maritime industry’s moves to new hubs and cities.

He said that there were 620 attendees at this year’s conference, a very good number for a non-European venue.
He welcomed the increased activity of the IUMI political forum, a committee which lobbies for attention on key issues. “I rejoice that in the past 12 months IUMI has become more visible and more political, ” said Mr Wikborg.