A Fauve artist’s vibrant view of the Thames embankment 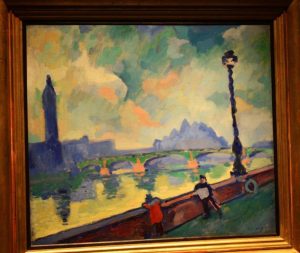 A Fauve artist’s vibrant view of the Thames embankment

A rare painting of a familiar view of the Thames is among the masterpieces to be sold at Christie’s in London from late February to March 7, 2018.

This oil on canvas is one of 29 recorded paintings of the city that he embarked on with gusto in 1906 and 1907. 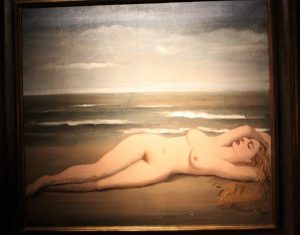 His viewpoint in this instance is Albert Embankment – these days a favourite strolling place for tourists and for people on official business in the area, such as delegates to the International Maritime Organization. The scene takes in a backlit Thames, Palace of Westminster, Westminster Bridge and a silhouette of the bulky, 1880s-built Whitehall Court.

Boldly experimenting with styles and brushwork, Derain (1880-1954) was along with Matisse one of the founders of the Fauve artistic movement, which is named after the French word for wild beast and is characterised by brilliant, blocky colours. 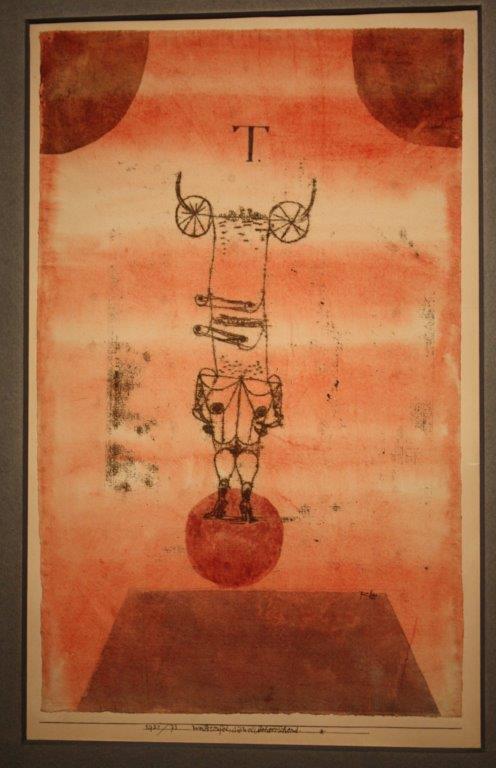 The featured painting will be offered in the auction house’s Impressionist and Modern Art evening sale on February 27. It is estimated that it could command between $8.4m and $12.7m.

As with other works in the series, the capital is shown in radiant colour and even the grey waters of the Thames are transformed into reflective yellow, blue and turquoise, with a sunlit sky bursting with blues and pinks. Monet and other contemporaries had portrayed similar sights in more muted tones – they were met by the famed London fogs, while Derain basked in fine weather.

Just a few months before venturing to London, Derain had made his debut in the Parisian art world when he was included in the Salon d’Automne of 1905.

A note by Christie’s recounts that Derain’s work at the Salon caught the eye of one of Paris’s leading contemporary art dealers, Ambroise Vollard who had a few months earlier introduced the artist to Matisse. Vollard became his dealer that year and it was his idea to send Derain to London and commission a series of cityscapes. 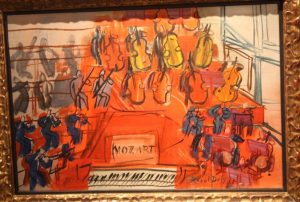 With Monet’s famous series of Thames views firmly in his mind, Derain travelled across the city, sketching an array of aspects. Unlike Monet, whose depictions had centred around three specific viewpoints, Derain looked upon the city from a range of perspectives so as to challenge himself anew with each work.

Keith Gill, head of sale for the Impressionist and Modern Art event, said: “Derain’s time spent in London saw him produce some of the most revolutionary works of his career. With its blazing colour, radical means of execution and structure, Londres: la Tamise au pont de Westminster is a magnificent painting that takes its place within the esteemed artistic lineage of Turner, Whistler and Monet, all of whom had depicted London in their art.” 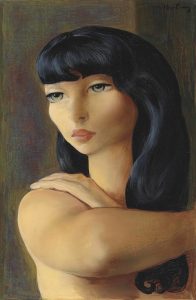 London was certainly a turning point for Derain, as he sought to take painting in new directions. His radical ideas were reinforced by seeing the capital’s collections of non-Western art, especially the ethnographic and ancient collections of the British Museum. He was immediately inspired to “make of the Thames something other than coloured photographs,” as he wrote to Matisse on March 15, 1906.

A big theme in the latest Christie’s season is categorised as Masterworks from the Collection of Antoni Tàpies, who was one of the best-known post war artists. Featuring Joan Miró, Pablo Picasso, Paul Klee, Wassily Kandinsky and others, works from the collection of the Catalan maestro will star in the Impressionist and Modern Art Evening Sale, the Art of the Surreal Evening Sale (both on February 27) and the Impressionist and Modern Works on Paper Sale the following day. The stance of Tàpies stems from his roots in the surrealist movement and a great interest in Zen. 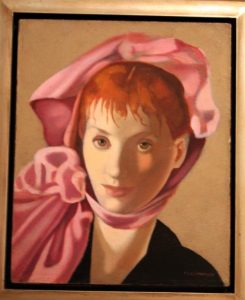 Among many other fascinating works in the same sale is a challenging interpretation from Paul Klee (1879-1940). Weibsteufel, die Welt beherrschend (She-Devil dominating the world) dating from 1921 is in the technique he devised of watercolour and oil transfer drawing on paper laid down on a mount. Christie’s says of this work that the She-Devil “appears as a strange hybrid creature, a dangerously enigmatic figure whose identity and intentions remain beyond our comprehension. While her shapely legs, encased in a pair of high heeled, leather boots, and exposed breasts clearly evoke an image of a contemporary, sexual woman, the upper portions of her form are a mixture of mechanical, man-made objects… she illustrates Klee’s remarkable ability to combine the humorous with the monstrous, the organic with the mechanical, to create an enigmatic, otherworldly creature, endlessly intriguing in the multiplicity of potential meanings she proposes.” The estimate is $280,000-$420,000. 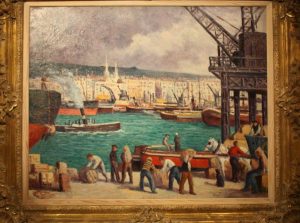 The elegance of Paul Klee’s Weibsteufel, along with Wassily Kandinsky’s gouache and watercolour Allein (1932, estimate $168,000-$2790,000) are said to reflect the highly discerning and sensitive eye of Tàpies as a collector – these artistic legends were his friends and peers.

Prominent in the Impressionist and Modern Art Day Sale on February 28 will be Miró, Braque and many other great 20th century names including Raoul Dufy (1877-1953). Particularly charming is a small oil painting by the last-named, L’orchestre a la partition de Mozart. The oil on canvas is one of the more modestly valued, at potentially $140,000-$200,000. Born into a musical family, Dufy’s oeuvre includes several homages to Mozart, Bach, Chopin and Debussy. 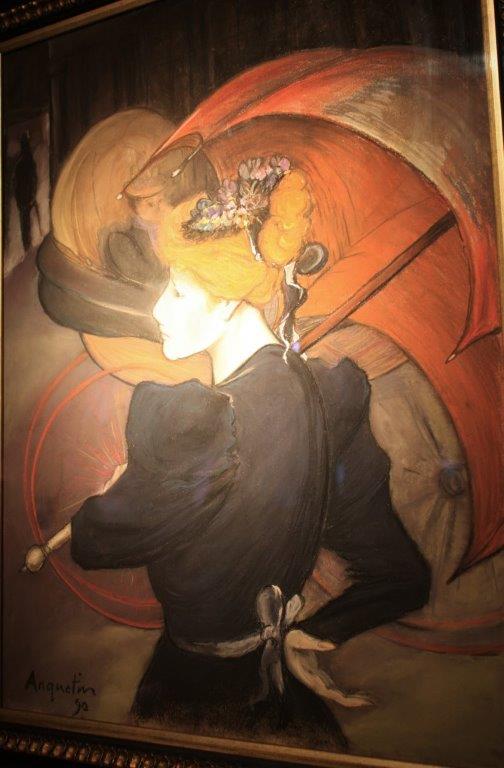 Also in the Impressionist and Modern Art Day Sale 28 February is a beautiful portrait by Moïse Kisling (1891-1953) with the title Petite tête brune. Oil on canvas, it was painted around 1930. It is one of several by the versatile artist in the sale, and the hypnotic line of the limbs illustrates why he was considered a master at depicting the female body.

Born in in Kraków, Kisling was encouraged by his teachers to move to Paris, which he did in 1910 at the age of 19, becoming a French citizen in 1915, after suffering wounds in the Battle of the Somme in World War I. He emigrated to the US in 1940 after the fall of France to the Nazis, and returned in 1946. In the same building where he had a studio in Montparnasse for 27 years lived the artists Jules Pascin and later Amedeo Modigliani. He was friendly with Modigliani, and knew Juan Gris, Picasso, and Soutine; and writers including Jean Cocteau. stylistically exaggerated figures with wide-set limbs and eyes.

In the same sale is Portrait d’une jeune fille rousse a typical work by Tamara de Lempicka (1898-1980). This was completed probably in 1939. It is in oil on board, valued at some $68,000-$95,000, and on the reverse is Étude de abstrait. Born in Poland, Tamara married in St Petersburg and the couple fled the Bolsheviks to Paris, where she studied art and became a portrait painter in the art deco manner of writers, industrialists and exiled aristocrats. In 1939 she left Paris for Hollywood and later New York, enjoying a newly flourishing career.

Rouen, le port was painted in oil on canvas by Maximilien Luce (1858-1941) and is estimated to garner between $70,000-$112,000). Luce was a son of the working class of Montparnasse, and although he was friendly with Impressionists including Camille Pissarro, his was a realist style, informed by life in the streets of Paris and industrial centres. An early influence was witnessing massacres of the revolutionaries of the 1871 Paris Commune. At one stage Luce was imprisoned for his anarchist activism.

Among many other captivating compositions on display at Christie’s King Street salerooms is Femme au parapluie by Louis Anquetin (1861-1932). This pastel and charcoal on paper from 1890 is dominated by a fashionable lady taking an evening stroll. Circular outlines of her orange umbrella and of carriage wheels, her strikingly blonde hair and her slightly self-conscious pose compel attention. It is little wonder that Anquetin was admired by Henri de Toulouse-Lautrec.

Christie’s says that its total global sales increased 26% in 2017 or 21% in dollar terms, to $6.6bn, led by the record- breaking sale of Leonardo da Vinci’s Salvator Mundi, which achieved $450.3m in November in New York.